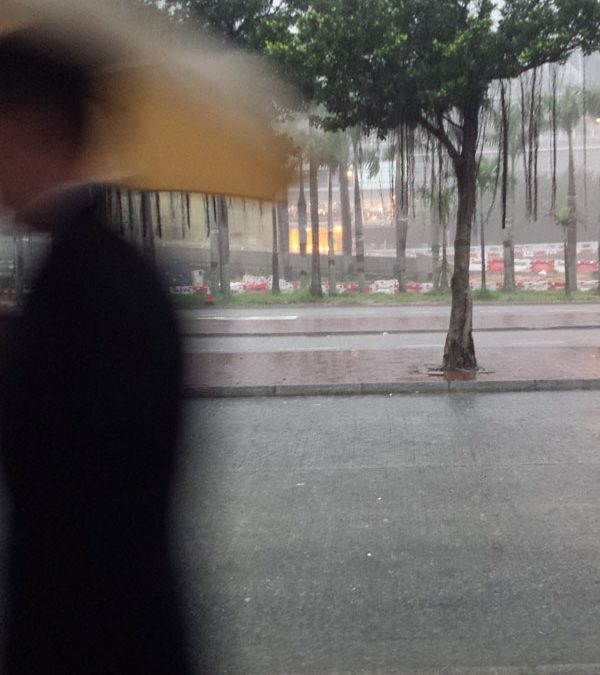 Home > What’s it like in HK > HongKong Weather > Typhoon Season

Typhoons are a fact of life living in Hong Kong and like any bad weather system are unpredictable. Nevertheless, there is a typhoon season which runs roughly from June through to October as seen in this graph of the distribution of typhoons since 1960. But as you can see even in April, October or November it is possible to have a typhoon, but that doesn’t happen very often.

To look at it another way what is the chance that a typhoon will occur sometime during a particular month? Based on what has happened in the last 62 years then the worse months are July and August where there is an almost 60% chance that a typhoon will occur, which sounds like quite a lot. But actually it isn’t that bad as typhoons can often be quite short in terms of how long they affect Hong Kong, just a day or two, and some typhoons are quite mild and bring nothing more than heavy rain.

Typhoon strength is measured on a strange scale that goes like this:

Number 1 – Standby – this really means nothing in terms of change of daily activities. Only if you were planning a long boat trip or a whole day hike would a No 1 be of concern.

Number 3 – Strong Wind – Yes there is no “No 2” in this scale – This is the first real warning of concern and kindergartens will close and send their children home. Which makes life hard for parents who still have to go to work.

Number 8 – Gale or Storm – Again the scale jumps, and in fact No 8 has 4 different types according to wind direction, but they all mean the same force so normally people just call it No 8 regardless of the official direction. This is the point at which all schools, offices, banks and public facilities close. Only if a Number 8 occurs will a visitor to Hong Kong notice any real difference, tours may be cancelled and public transport stopped. It is next to impossible to get a Taxi during a No 8 typhoon warning as the taxi drivers insurance does not cover going out in such weather!  Luckily the number 8 signal rarely lasts more than one day, typically after less than a day the typhoon has passed and the signal is lower to 3 or often lowered completely as typhoons tend to build up over the sea, but then lose all their power once they have arrived on land. Normally the Hong Kong Observatory will announce well in advance, several hours, that a No 8 signal is going to be hoisted. That is so that people have plenty of time to return home or to a place of safety before transport shuts down.

Number 9 – Increasing Gale or Storm – A very rarely issued warning, for the giant super typhoons it normally skips to the next level which is

Number 10 – Hurricane – the most severe, and rare, type of typhoon warning. Everything in Hong Kong is shut down and everybody waits patiently for it to pass. The most recent one was Typhoon Vicente in 2012, but before that you have to go back to 1999 and Typhoon York. It seems to be a once every 10 or more years occurrence.

As No. 10 typhoons are so rare it is hard to say if they are more frequent at one time of the year or another, but generally over the last 60 years or so they have occurred during the regular typhoon season.

In conclusion, the Hong Kong Typhoon Season is May through October, with June, July and August being the worse months.

Typhoons rarely cause serious injury, but that wasn’t true in the past.